NOx is a term used to describe gases consisting primarily of NO (mono-nitrogen oxides) and NO2 (nitric oxide and nitrogen dioxide). They are produced from the reaction among nitrogen, oxygen, and even hydrocarbons (during combustion), especially at high temperatures. NOx often appears as a brownish gas. It is a strong oxidizing agent and plays a major role in the atmospheric reactions with volatile organic compounds (VOC) that produce ozone (smog) on hot summer days. NOx emissions also contribute to the formation of acid rain and have been shown to be detrimental to human health.

The NESTEC Regenerative Thermal Oxidation (RTO) not only purifies exhaust gases at significant fuel savings but provides optimum conditions for the control of NOx.

In summary, the NESTEC Regenerative Thermal Oxidation (RTO) not only purifies exhaust gases at significant fuel savings but provides optimum conditions for the control of NOx.

Thermal oxidation combustion of fossil fuels is a source of NOx emissions. The key factors to minimize NOx are: 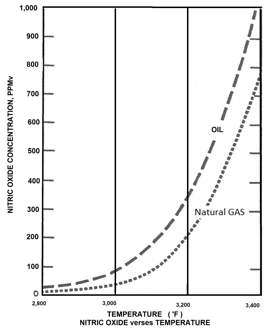 Minimization of thermal oxidation fuel NOx formation can be accomplished by controlling the availability of 01 atoms at the critical conditions that would otherwise produce NOx.

Variables that affect 01 availabilities are: 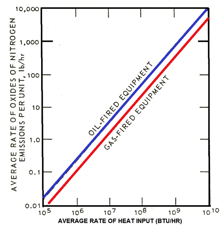 For assistance from our extensive experience, call or e-mail NESTEC Inc. for a free evaluation of NESTEC’s air emission control and/or energy conservation equipment needs.